COVID-19 UPDATE: Cleaning is done as normal, as an exception to our ECO policies, we will use cleaning products containing disinfectants. Linen and towels are always washed at a minimum of 60 degrees. 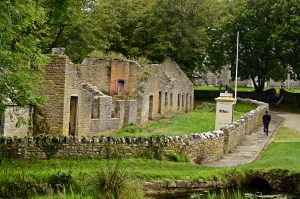 In November 1943, with the preparations for D-Day being meticulously planned and practiced, The War Office requisitioned 7,500 acres in the Dorset countryside for use primarily as a tank range. This newly acquired land contained the rural village of Tyneham. With 28 days’ notice, the 250 residents were told by letter from C. H. Miller (Major-General of Southern Command) to leave their homes with the view that they’d be permitted back once the German army was beaten. The letter began:

‘In order to give our troops the fullest opportunity to perfect their training in the use of modern weapons of war, the army must have an area of land particularly suited to their special needs and in which they can use live shells.’

Some homes were damaged during training exercises; however, the worst destruction came with the filming of Comrades in 1985 whereby the village’s iconic K-1 telephone box was destroyed (a reconstruction of the box now sits where the original once stood). The letter instructing residents to leave, concluded with the following sentiment:

‘The Government appreciate that this is no small sacrifice which you are asked to make, but they are sure that you will give this further help towards winning the war with a good heart.’

The last remaining villagers to leave Tyneham in December 1943 left a simple note pinned to the church door which acts as a wonderful testament to the attitude of the time-we’re all in it together:

‘Please treat the church and houses with care; we have given up our homes where many of us lived for generations to help win the war to keep men free. We shall return one day and thank you for treating the village kindly.’ 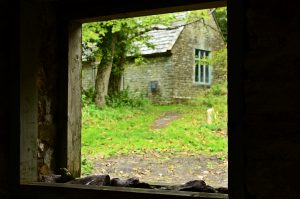 The residents never did return to their homes and the MOD still uses the area for military exercises including firing live ammunition. The village and range walks are only open on certain days of the year. Check Tyneham’s website for further details. When walking through each of the buildings and charming school house, will you feel the presence of the past inhabitants, coming to reclaim their village?